I’m a recruiter for a popular company, and we receive a lot of applicants for jobs. We can’t interview all of them, and even great candidates aren’t necessarily interviewed. And of those, most won’t be hired. Frequently, candidates — both those who get interviews and those who don’t — contact me to find out why they weren’t hired or even interviewed. Should I respond thoroughly to these inquiries, give a simple form response or ignore them?

Job hunting stinks. Even in a great economy where there are more candidates than positions, it’s still largely filled with rejection. Naturally, there’s a reason certain candidates didn’t get the job, and it’s understandable they want to know why — but do you have to tell them?

No, of course not. Simply saying thanks but no thanks is sufficient. Please note: You really do need to say no thanks. At the application stage, this can be an automated email that says, “Thank you for applying. If we are interested in moving forward, we will contact you.” If the person has come in for an interview, you owe them an email saying, “Thanks so much for your time. The position has been filled.” Don’t ghost your candidates.

Now, let’s talk about the whys. People who apply for a job think they are qualified and deserve an interview. But, as you said, you work for a popular company where you may get hundreds of applicants for every open position, with almost all qualified. There’s no way to interview everyone, and it would be a waste of your time and their time. If you feel compelled to give a why answer to people who didn’t qualify for an interview but want a reason, the answer should always be: “We had numerous applicants for the position, and couldn’t interview everyone. Thanks so much for your application. We will keep it on file for 12 months.”

Don’t include, “We will consider you if a position comes up that meets your qualifications,” because the same people who want to know the reason they didn’t get interviewed will monitor your job postings and demand to know why you didn’t contact them for certain positions.

However, for candidates who did reach the interview stage, the obligation is a bit higher. Legally, you still have no obligation to say anything. Ethically, though, you should send a “no thanks” email. This is good business practice, because you might not want to hire the candidate today, but you might want to hire her tomorrow. Remember, hiring managers can burn bridges as well.

But keep in mind that every time you give feedback, you run the risk of getting into an argument with the candidate — she’ll have a response for every point you make. “We went with someone with more experience,” you say. She counters: “But the job posting says five years of service and I have seven!” You say, “We hired a candidate who was strong in X,” and she responds, “I have six years of X!” You’re not going to change her mind, so this discussion is pointless. You’ll have to end the conversation by saying, “That’s all the feedback we have. Have a nice day.” 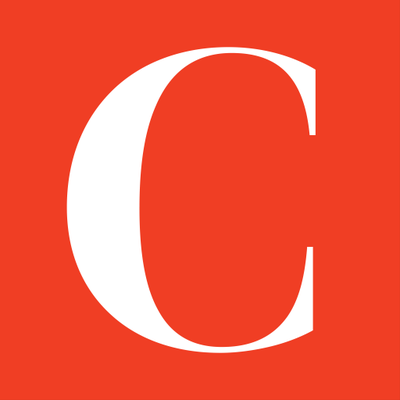 How do you handle inquiries from rejected job candidates?
Tweet us @comstocksmag!

How do you handle inquiries from rejected job candidates? Tweet us @comstocksmag!

Sometimes it’s a kind gesture to offer feedback, but make sure it is objective and concerns only fixable things. For example, telling a candidate he wasn’t a good cultural fit is not generally fixable. Cultures vary from company to company and even department to department. This person may not need to change; they may just need a different job.

Be careful what you say, because it could get you into legal trouble. If you tell a candidate your company went with someone who didn’t come across “quite so bossy,” this is problematic, as “bossy” is usually a sexist term applied to women. If you hired an assertive male instead, you may have to defend your statement in court. Or what if you tell a candidate you wanted someone to add diversity to the department? Does that mean you based your decision on skin color? Yikes. Illegal.

But saying the company decided to go with someone with more public speaking experience refers to something fixable and clear. Yes, it opens you up to arguments, but you can easily defend your statement. Or if you tell someone they were a strong candidate, but you ultimately hired someone with a Ph.D. in mathematics rather than a master’s degree, that is again clear and fixable (though not very quickly for the candidate!).

If you ultimately decided not to hire someone or changed the job description so this person was no longer qualified, then that’s an easy answer. Just be honest. However, if you rejected everyone and are going for round two, avoid any direct feedback. You don’t want to say “we didn’t hire you because of X” only to change your mind two months later and hire someone without X.

So, no, you don’t need to give a reason for not selecting an applicant, but if you do, make it short, not subjective and clear. When in doubt, it’s probably best to stick with: “We had many qualified candidates, and we do appreciate your time.”

Each month the Evil HR Lady answers our readers’ burning questions. Sign up for our newsletter and don’t miss a thing!

Most candidates, especially those going through a lengthy tiered interview process, simply want honest feedback. They want to make themselves more marketable for the next interview. Just my opinion, but when you have all the experience and skills the job posted as requirements and still hear nothing, the reasons are usually those that if stated would be discriminatory on any of the protected EEO classes. Saying nothing, means everything.

It's a challenge balancing giving feedback with remaining compliant. Especially since in some cases (depending on the role), the soft skills are what's lacking. Telling someone who is interviewing for a sales role, that they lacked the level of eye contact and confidence a sales person "should have" can get merky.

Based on the notion that entrepreneurs network and discover solutions over a million cups of coffee, 1 Million Cups is a free, weekly gathering that helps elevate startup communities on a grassroots level.

In the coming months, Chris Johnson will ask a lot of his employees, whose average age is just 24 years old. He expects to do $30 million in retail sales this third year of manufacturing, recently signed a powerful licensing deal with Disney’s Marvel, and plans to expand from the four products currently on shelves to more than 100 next year. But Johnson’s hiring strategy emphasizes passion over experience, something he says his team has in spades.

Ryan M. Norman is the son of a pharmacist, raised in Vacaville with dreams of being an FBI special agent. When that path proved unlikely, he became an attorney instead.