You’ve heard it before, or maybe you’ve said it yourself: I work better under pressure. It helps me focus. This is the mantra of the chronic procrastinator. We’re adrenaline junkies who think that our late-game heroics are an essential ingredient to our success. But we’re probably wrong.

“Procrastinators become addicted to that feeling of urgency — the adrenaline rush,” says Cami McLaren, a Sacramento-based executive coach. She says the chemical element of the adrenaline means the addiction is indeed real. She estimates that 40 percent of her clients tell her that they frequently procrastinate and prefer to live in a state of urgency.

“That’s bunk,” she says. Imagine the work you could do if it isn’t urgent. “If you live in urgency, it’s exhausting and there’s a lot of burnout.” Put simply: When we procrastinate, we’re not doing our best work, and we’re probably spending our time on things that aren’t important.

Study after study has analyzed the impact of procrastination, and the results are never good: It’s linked with higher levels of stress, poor job performance, lower mental health, cardiovascular disease and smaller paychecks. And we’re all guilty, says McLaren. “The amount of people who put things off and who don’t stay on top of things — that’s everyone,” says McLaren. “It’s you and me.” (She’s more right than she knows. For almost a year, I’ve been putting off starting a book simply because I lack a hard deadline. We’ll get back to this point … when I get around to it.)

The nature of procrastination may be best understood through the framework of the Eisenhower Matrix, popularized through Stephen Covey’s 1989 best seller “The 7 Habits of Highly Effective People.” Covey’s matrix refers to a two-by-two grid that splits the world into Important and Not Important, Urgent and Not Urgent. “Highly effective” people spend the bulk of their time in Quadrant 2: Important but Not Urgent. 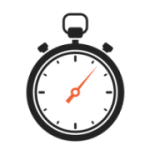 Procrastinators? We chumps are toiling away in the Urgent quadrants, driven by the crack of a deadline’s whip.

We usually delay a task because it feels overwhelming. The task feels too big or too scary. “People experience work in chunks. And if your chunk size is too big, you avoid it,” McLaren says. “It’s not even just a brain thing, it’s a body thing. When people get overwhelmed, they feel this sense of, ‘I can’t do that.’”

As pleasure-seeking creatures, humans are simply reacting to our base desires, according to Pychyl. “We procrastinate to feel good in the short-term,” he says, explaining that when we finally get around to doing the work, that too is driven by emotion. “The deadline is a signal of doom: ‘You’re so screwed if you don’t get this done now.’ So in the end, you do the work to make yourself feel better by avoiding the punishment.”

Pychyl refers me to another expert in procrastination: Homer Simpson. When Homer is lazy, Marge warns him that someday, there will be consequences. “That’s a problem for future Homer,” he says, drinking vodka from a mayonnaise jar. “Man, I don’t envy that guy.”

Academic research suggests that Homer is onto something: Procrastination is driven by our inability to identify with our “future self.” As rational actors, we should do whatever is best for both present and future self.

Neuroscience offers some additional clues. “We have a battle in our brains,” says Pychyl, referencing the conflict between the fight-or-flight impulses of our amygdala and the executive functions of our prefrontal cortex. A 2018 study, from the Ruhr-Universitat Bochum in Germany, found that chronic procrastinators tend to have a larger amygdala, so as Pychyl says, “You see a task, and you’ve associated it with all of these negative emotions, and the amygdala is screaming, ‘Run away!’”

The advice of, “Well, just stop procrastinating!” is not particularly helpful. As Tim Urban (of the website Wait But Why) has joked, “While we’re here, let’s make sure obese people avoid overeating, depressed people avoid apathy, and someone please tell beached whales that they should avoid being out of the ocean.”

“Procrastinators are good at self-deception. We can use that to our advantage.” Tim Pychyl, associate professor of psychology, Carleton University

Yet there is hope. After poring through the books, consulting the experts and trying to incorporate these strategies into my own life, here are the tips I’ve found to be the most useful. Collectively, they nudge us to create new habits that will wean us away from our adrenaline-junkie-driven procrastination cycles. They fall into three categories: The mental hacks, the scheduling tricks and the soul-searching.

1. The Mental Hacks: Reframe How You Approach the Work

• Think about your future self.

When you know that delaying a task will give you headaches down the road, it’s helpful to envision your future self. In a 2011 study, Hershfield asked volunteers how they’d spend $1,000. One group was shown a digitally aged photograph of themselves, triggering thoughts of future self. That group was more likely to plunk the $1,000 toward retirement plans over shopping and vacations.

• Use the carrot and the stick.

Reward yourself for finishing unpleasant tasks. A client of McLaren’s, for example, dreaded paperwork. “But the same client told me that if she sits on the couch with a glass of wine, she can do her billing,” says McLaren. “So why not?”

“Procrastinators are good at self-deception. We can use that to our advantage,” Pychyl says. He tells himself, I’m not going to do this task. But if I was, theoretically, what would the very next tiny action be? “That’s just to keep us calm,” he says. By making the exercise theoretical, it creates an emotional safe space, and then we can see that the next step isn’t so daunting. 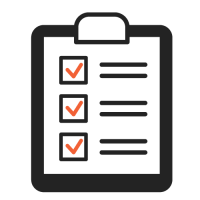 “Take the project and chunk it into smaller tasks,” says McLaren. The tasks should be concrete, simple and short. “Write a new book” feels impossible. “Spend 30 minutes brainstorming an outline” feels doable.

McLaren coaches clients to slot these chunks onto their calendar, working backward. (Such as “double-check for typos” the day before it’s due, “quick brainstorming session” tomorrow.) “This way your brain can let go of it,” she says. “It frees up your mental energy to deal with other things.”

Mark Twain once said, “Eat a live frog first thing in the morning and nothing worse will happen to you the rest of the day.” This quote has spawned an entire philosophy of productivity, such as the anti-procrastination book by Brian Tracy called, “Eat That Frog!” “[D]evelop the lifelong habit of tackling your major task first thing each morning,” writes Tracy. “You must develop the routine of ‘eating your frog’ before you do anything else and without taking too much time to think about it.”

• Set smart goals for your team.

How can companies curb procrastination at the organizational level? “Set good goals. Not just end goals, but incremental goals along the way,” says Dr. Sharyn Gardner, an expert at organizational behavior at Sacramento State. (This is basically the “chunking” strategy applied at a team level.) When teams hit the smaller goals, they stay focused. Gardner recommends using the SMART framework, meaning each goal should be specific, measurable, attainable, relevant and timely.

This reduces the anxiety of starting a project, which can be especially useful for perfectionists. “Try to be imperfect,” encourages the anti-procrastination book “The Now Habit.” “Intentionally do the first part of your project sloppily (don’t show it to your boss yet); do it fast and inadequately.”

We’re more likely to loaf if we have wiggle room. “Don’t just say, ‘I might do some writing on the weekend,’” Pychyl tells me, and I wonder how he has peered into my soul. “Instead, say something like, ‘Right after breakfast with my friends on Saturday, I’m going to sit down and write an outline.’”

“If you feel yourself slowing down or becoming distracted by conversations or low-value activities, repeat to yourself the words ‘Back to work! Back to work! Back to work!’ over and over,” instructs Tracy in “Eat That Frog!” I found this advice hilariously simplistic and borderline offensive. But I’ve done it every day for the past two weeks and found it useful. Usually, I toss in some profanity to spice things up.

3. The Soul-Searching: It Can Help More Than You’d Think

On the one hand, it feels like “spend more time meditating” is touted as the balm to all of our problems, from our bodies and our brains to bad weather. Yet Pychyl says, “Mindfulness meditation has been shown to decrease the volume of the amygdala. Just because I have a hyperactive amygdala, it’s not destiny. I can learn to react differently.” Meditation can help us sense an emotional aversion to doing our task that we can calmly acknowledge and accept, letting it “float by” before getting back to work.

When you reframe your tasks as a matter of choice, you think about the underlying reasons that they’re on your life’s to-do list. This, in turn, forces you to think about your values and your priorities.

Tracy says that for the tasks that are less important, use “creative procrastination” to bump them into the future and not feel a lick of guilt. “Decide to procrastinate on, outsource, delegate and eliminate those activities that don’t make much of a contribution to your life.”

“Eat That Frog!” says to ask ourselves: “Which one project or activity, if I did it in an excellent and timely fashion, would have the greatest positive consequences in my work or personal life?” I hadn’t expected soul-searching on a project about time management, yet Tracy instructs us to make quick lists (taking no more than 30 seconds) of our top-three business goals, family and relationship goals, financial goals, and so on.

Initially skeptical, I did this, and then realized something startling: The pathway to these goals, in most cases, cuts through the very tasks that I’ve been putting off. That can’t be a coincidence. My No. 1 business goal — and the thing that would have the “greatest positive consequence” — is writing a new book. Yet I kept procrastinating, as it seemed overwhelming. I was anxious and lacked a hard deadline, loitering in the lobby of Urgent but Not Important.

Shaking off my feelings of silliness, I boldly announced the goals to myself. I will write a new book. I thought about the underlying values: I chose to become a writer. This is important to me. Once I hugged these goals, and then incorporated the other strategies — small chunks, block time on the calendar, start sloppy, 30 minutes each morning — my mindset began to change. I choose to start the book. I choose to be a writer. That reframing can work in any job or any career. (For the VP dreading a budget review: I choose to lead this division. The budget is necessary for my division to thrive. I choose to work on the budget.) Armed with this new mindset, on a recent weekend, I actually looked forward to Monday morning. The last time that happened, I was 8 years old and carried a GI Joe lunch box.

Pychyl isn’t surprised by my change in thinking. He sees procrastination as an issue more profound than to-do lists or productivity hacks. “I argue that procrastination is a deeply existential issue,” he says. “The one limited, nonrenewable resource we have in our life is time. We can’t make more of it. To waste it is mind-boggling.”

To think about procrastination is to think about how we spend our time, and to think about time is to reflect on what we care about, and to do that is to remind us of the kind of person we want to be.

On that note, I’ve got a book to write.