Brandon Brown was a proponent of authenticity long before it became an online marketing buzzword. As CEO and co-founder of the content creator management platform Grin, he believes people who genuinely like a product have the power to inspire brand loyalty in others: the time-honored testimonial filtered through the shiny lens of savvy content creators. Brown’s company allows consumer brands to identify creators who are already fans of their products and provides a simple platform through which they can collaborate directly.

Grin’s product was attractive to brands that struggled to establish a streamlined process for the new, creator-focused commercial landscape: finding the right influencers to partner with, coordinating and sending product, and measuring campaign performance. Grin was one of the first of its kind to incorporate e-commerce, allowing brands to automate workflow (shipping products to creators and managing their campaigns’ discount codes) with platforms like Shopify and Salesforce. 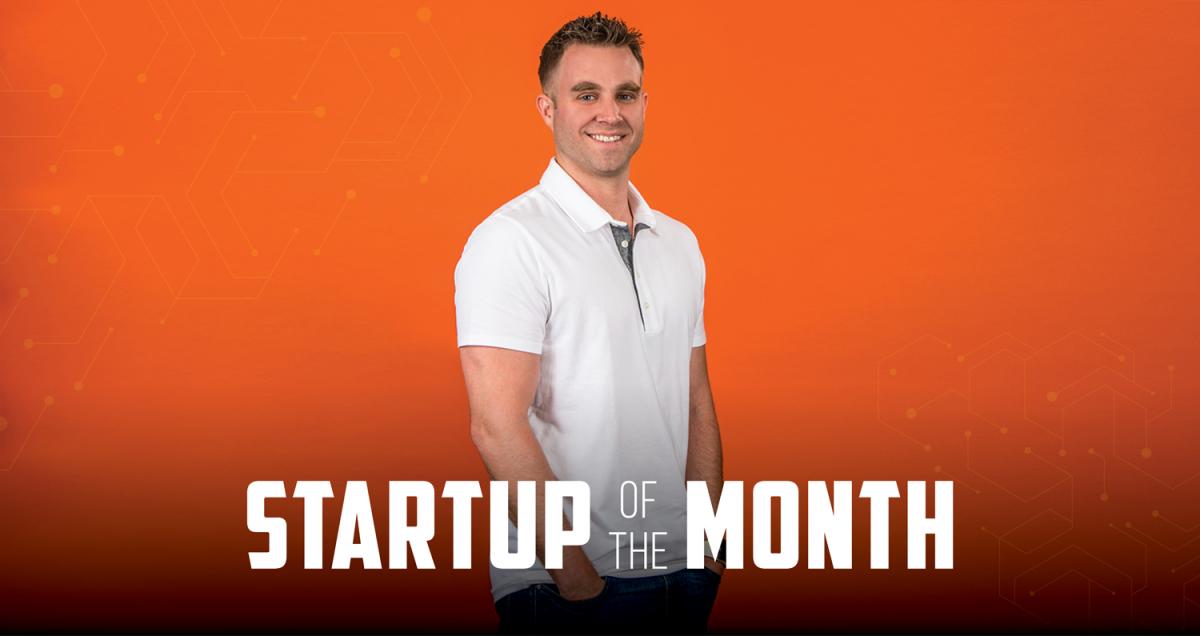 In 2017 the partners “pivoted into what Grin is today,” Brown says, a new phase that broadened the tool’s scope to a wider range of creators across “all types of marketing.” Headquartered in downtown Sacramento, the software-as-a-service company rents space at the WeWork offices on Capitol Mall. Brown, a Folsom native, says that of Grin’s 300 employees (their headcount grew by 320 percent last year), about 100 are Sacramento-based and have the option of working in-office or remotely. He values the affordability of running a company from the capital city (still with “close proximity to the Bay Area”) as well as its workforce. “The people here are really great. They’re grounded, humble, work hard. Those are the types of people I want to be around.”

My answer to the notion that influencer marketing is a fad:

I think “influencer marketing” is a dirty word to a lot of people. And that’s primarily because of the lack of authenticity in (some of) the content, which was created by a bunch of technology solutions that treated it like it’s advertising when it’s actually not. So what ends up happening in those marketplaces is the incentives are misaligned. The creators and influencers end up promoting these products they don’t use just to make money and then the content comes out as fake and inauthentic and the consumer can tell. So that, specifically, left a negative taste in people’s minds around the term “influencer marketing.” I think that’s improved over the last few years.

But I think the idea that somehow this is going away is very misguided and inaccurate, because there’s been a fundamental shift in consumer behavior. People don’t watch TV, they watch their phones. And on the phone, consumer attention is on people on YouTube and people on TikTok and people on Instagram. So I think it’s maybe naive if people think (influencer marketing is going away.) You can change the word, that’s fair, because a lot of people don’t like the word. But the concept isn’t going anywhere.

My perspective is that the most important thing is honesty and authenticity in the endorsement. The way you enable honest endorsement is by working with people who really believe in your brand, and believe in the product, and they’ve actually used the product and they like it. And that’s something that you can’t actually buy.

No matter how much you pay someone, they either believe or they don’t. And so you actually have to inspire belief. And then when we moved into this space of influencer marketing and now creator management, that was our point of view: It’s really about the relationship the brand has with the creator. So they can inspire belief in the brand and the mission versus trying to just pay them to pretend like they like something.

My favorite tip for creative productivity and time management:

With regards to personal health, I try to get eight hours of sleep. Sleep is actually quite important to me. And I use one of those Aura rings to track my sleep. It’s a super useful tool, I love it. I wake up pretty early, and I don’t look at my phone until mid morning.

So I try to take that hour, hour and a half in the morning just for myself and do things I enjoy. I track my sleep, I write in my journal, and I get my thoughts organized outside of being pulled directly into email. So I guess I’m pretty big on controlling my morning and sleeping well, such that I can wake up refreshed and I’m not stressed out.

Consumers’ shift from companies and toward people (content creators):

I think the big shift is that we as consumers used to tune into traditional companies like TV stations and radio stations. It’s not like that’s totally gone, but really, what’s taken over our lives is now we tune into people on mobile and social.

The environment is totally different, where it’s not this media property that’s owned by a company that you’re giving your attention to. Instead, you’re engaging with these people, these content creators. The way the market describes that to us is they call it the creator economy, which is disrupting all sorts of different areas of business. One of the main things it’s disrupting is the way that consumer brands need to operate, because consumer brands really need to go where the attention is and build trust.

Understanding this new dynamic is critical to accelerating growth and standing out. To the extent that brands are trying to be relevant in this new world, it’s smart of them to spend time thinking about the creator economy and the new ways the consumer engages with media. That’s squarely where we’re positioned and where we’re playing.

As soon as a company becomes more than 10 to 15 people, it becomes clear that you need to bring in people who are experts at certain disciplines in order to get the leverage on your time as well as avoid common pitfalls and problems. Our strategy at Grin has been to hire leaders who’ve already been through our phase of growth that we’re currently going through.

So as a result, we have really strong functional leaders in sales, marketing, customer success, product, engineering, etc. These are people who we’re trying to hire that aren’t learning on the job. We think there can be lots of learning on the job in kind of mid-level director, people management and individual contributors. But at the highest leadership level, you need people who’ve already been on the journey before.

Building a team that’s diverse in thought and background, but with a shared collection of values:

First, it’s about bringing the right people in. How you enable them over time is you need to have a very clear vision that’s understood and shared by everybody, and then reinforced. We talk a lot in the company about the vision, the opportunity and where we see ourselves in five years, and we reinforce it consistently. The way you get high performers, in my view, to perform really well is, you need to have a shared set of values.

We want diverse opinion, thought and background, but where we don’t want diversity is in the values. So everybody in the company operates from the same set of values. And the values that we have in the company are designed to encourage healthy debate, collaboration, ownership and trust. When you get high performers in a company, where they’re held accountable and they clearly understand where we’re going and they all share the same values for how to get there and they know how to have fun, I think that’s when magic happens, and you can grow really fast.

Edited for length and clarity.

Stay up to date on art and culture in the Capital Region: Subscribe to the Comstock’s newsletter today.

Freelance essayist Sarah Miller lends her idiosyncratic style to The New Yorker website and many other publications. The Nevada City-based writer was commissioned by Substack to start her own newsletter earlier this year.

Gallerist Faith J. McKinnie is highlighting the work she wants to see in her Midtown gallery that highlights contemporary art by underrepresented artists.

Melissa McGillicuddy and Shahera Hyatt are hosts and comedians of the Moving Van Show, a comedy show based out of a rented U-Haul.

The family behind Tabeaux Cellars is not of your standard wine-country lineage. Rather, they are “just a family producing a decidedly small allocation of foothill glou glou,” as the winery’s charming Instagram bio states.

Miranda Culp and Laurelin Gilmore are accustomed to the look of wonder on the faces of the people who stumble into their independent bookshop, Amatoria Fine Art Books.